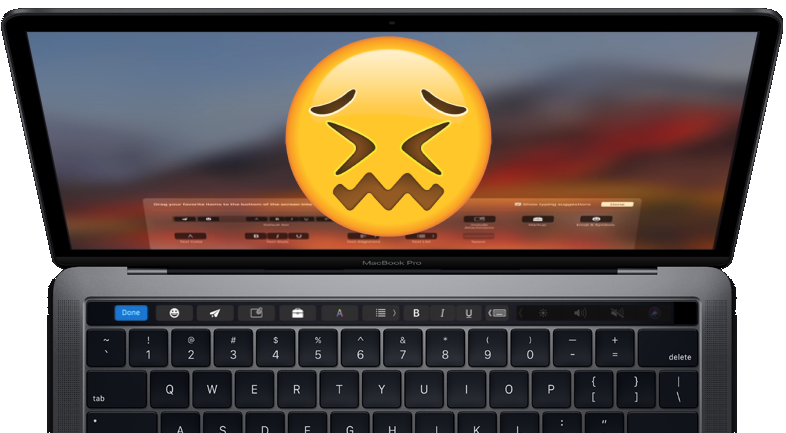 Version of this post with rich footnotes lives here.

It’s taken me longer than I’d hoped to craft a follow up to my viral blog post on… Linux touchpad drivers (what a weird sentence to write). I’d hoped to find 10 or 20 people who shared my belief that Linux touchpads are in a sorry state. Turns out, a niche OS with a subjective quality issue is — in this case — a topic that’s important to thousands. So much so that several commenters on the last blog indicated willingness to donate time or money to improve the plight of this beleaguered driver.

If this collective will can be harnessed, we have a golden opportunity for developers to escape the limitations imposed by modern Apple hardware. Hardware manufacturers are doing their part. There are already laptops that compare favorably against Macbook on tech specs and price. Now, we “just” need software that approximates the fit-and-finish of using a Macbook. Modern day Linux is getting very close: my most recent Linux laptop is the first I’ve ever owned where waking from sleep mode reliably works. ☕

The crux of the challenge is that we need to objectively fix a subjective problem. After spending the past year examining the challenges, here’s how I think we can do it:

To create a touchpad solution for Linux that serves as many users as possible, we want to be maximally objective in describing what we aim to deliver.

My first idea to be objective was to quantify how the cursor worked on OS X, and create a suite of tests we’d use to guide development. That turned out to be a misadventure, for circumstantial reasons.

My second idea is my current preferred plan forward:

2) find up to three developers dedicated to making a measurably better driver.

Why start from libinput instead of building from scratch or another driver? The following line of reasoning from Peter Hutterer (libinput maintainer), persuaded me:

Don’t start from scratch. your goal is for this to be eventually used, at which point libinput is your only option. for any other approach you’ll have to a) stick to xorg only or b) convince every wayland compositor to implement support for your driver (and that you’ll maintain that driver for the upcoming future). given that Fedora already defaults to Wayland, a) isn’t really an option and b) is not likely to happen.

In addition to its Wayland integration, libinput is already built to support Xorg via xf86-input-libinput.

Why three developers for six months? Because any more than three developers A) is unrealistic to expect B) harder to coordinate C) leaves responsibility too open-ended. Why six months? Because the Static Object’s metrics suggest that should be enough time to make a significant impact on this project [footnote describes gradual pace of progress in project]. It’s easy to imagine we could begin seeing noticeable improvements to touchpad tracking accuracy within a couple months of starting development.

I believe the most serious flaw in my plan is the subjectivity around how, specifically, the cursor should behave. Practically speaking, we won’t be able to perfectly clone Apple’s touchpad behavior. So, in place of an objectively provable target, we’ll work from a shared set of intentions:

We would seek to achieve these modest goals only on modern laptop hardware, eg purchased within last 2-3 years. Broader support should follow.

This project’s grand vision will be realized when its users forget it exists. 🎉

What are the next steps on the Linux touchpad roadmap?

How I will help this move forward

Help I need from others to move forward

Can you help advance this cause? Here’s what we need:

If you can help with any of these: please drop a line in the blog comments, or email bill at staticobject.com

Into a future less bound to Apple’s whims

All of the above plan is subject to change if better evidence/ideas are presented. I’m a pragmatist at heart, and the proposed plan is the most realistic path I can conceive to deliver a better Linux touchpad experience before the end of 2019. There’s low-hanging fruit to be picked. The touchpad driver most Linux users are currently utilizing (libinput) is developed part time, by a single developer (thanks Peter!).

There’s never been a broad mandate to make Linux touchpads pleasant to use. With your help driving attention to this issue, we can change that.